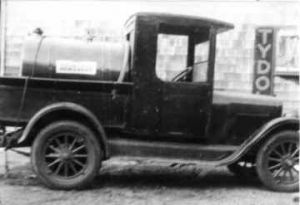 C.L. (Bus) Mendenhall went into the Fuel business in East Quogue in 1934 with an old pick-up truck and a 200-gallon tank.

Most people were still burning coal to heat their homes then. They used wood and kerosene for supplemental warmth. Conversion to oil heating systems was something that happened infrequently. "Getting a fuel oil account was a big deal," explains Mr. Mendenhall. "A new house built out here was an event."

Therefore, the first Mendenhall fuel truck had a sign on its tank that said "kerosene." It was tough going. Mr. Mendenhall had to travel to West Main Street in Riverhead to Sinclair to pick up his product. "Often, I made as many as five loads a day and that was going easy."

Oil in those days was selling for about seven cents a gallon, and the average working man was doing well if he earned $22 a week, he recalls. Coal was about $20 a ton.

In 1940, C.L. Mendenhall took on a partner, his wife Alice, who started to help with the bookkeeping and stayed with the phone at home to take orders while her husband was out on the road. Mr. Mendenhall had no sooner acquired a replacement for the pick-up, and a new rig with a big 750 gallon tank when he was called for service in World War II. It turned out to be a grueling experience. Shortly after he reported, he was stricken by ulcers. He was layed up for about six months and returned to civilian life still troubled by severe pain.

Mr. Mendenhall had put his new truck up on blocks before he left for Camp Upton, and had provided for his customers by handing over their accounts to his competitors. It was like starting over again.

During the war, there was a quota on fuel as well as most other products. It was a continual struggle to get enough oil and kerosene to satisfy his customer’s needs. The dispatcher at Sinclair got used to seeing C.L. Mendenhall waiting patiently in his truck after being told their would be no more that day. "I just had to pester them," he says.

The fuel crisis of the 1970’s didn’t compare with the one people experienced during the war, Mr. Mendenhall says. It got to the point where he had to travel back and forth to Port Jefferson Harbor where fuel was brought in by barge. One particular day stands out in his mind, he got home to discover that he had 400 gallons of water instead of kerosene.

His son, Tom Mendenhall, who now runs the business, was born in 1945. A sister, Ann, joined the family two years later.

In 1949, the Mendenhalls purchased a home and property on Montauk Highway where the business is still located today. The reason for the move was to have the space to install Mr. Mendenhall’s first fuel oil storage tanks. There were two of them, each holding 15,000 gallons. It was considered a big step at the time to have your own storage facility for bulk delivery. Time wasted procuring fuel was at last a thing of the past.

Today, everything including the kitchen on the ground floor of the house is used for the business. The Mendenhalls lived there until 1970 when they moved to a new home in East Quogue. The couple carried on the business by themselves for about 15 years. Through hard work, personal integrity and reliability, it grew and prospered. The company finally got too big for one man to handle so the first non-family employee was hired. Mr. Mendenhall finally had the time to think a little more about enjoying some of the better things in life. He decided he needed a diversion and began collecting antique stoves. Before long, there were 12 stoves on display in the front office.

He had become something of an authority on the topic and received letters from all over the country.

In March of 1968, when son Tom, returned home from a tour of duty in the Army, including nearly a year in Vietnam, he went full-time into the fuel business. The company had by then become a corporation with a complete burner service and installation department. Deliveries were on the automatic system and the fleet of trucks were all equipped with two-way radios.

Tom grew up in the business. It was a natural transition to management, when the time came. Before he entered the service, he had studied air conditioning, heating and ventilation at Farmingdale. He has four daughters, Rebecca, Sarah, Tracee, and Jessica, all of whom have worked in the business part time with Becky deciding to make it her career to work full time.

We have employees who have been with us over 30 years such as Mickey Flannery; also Becky's cousin, Nick Luparella Sr. work in the business, continuing the family ideals that have been the way of engaging in the petroleum business for over 85 years.

Looking into the future, the Mendenhall's feel there will be fewer fuel companies. The survivors will be larger, stronger companies with good management. Fuel consumption will decline. The new focus will be on selling, installing, and servicing new goods and equipment to not only make heating more efficient, but all forms of air conditioning, including cooling, humidification, and air cleaning. Mendenhall Fuel's Technicians are continually training in home heating oil, propane, and natural gas servicing, plus looking further into other types of energy such as wind and solar.

Our staff is on call to provide emergency service for your home or business.

We’re proud to offer homeowners both heating oil and kerosene delivery to suit their home heating and other fueling needs.

Heating & cooling system installations for your home or business. We install, service, and repair it all ourselves.

Professionals On Our Team 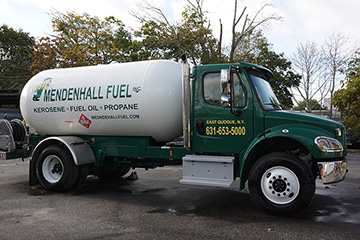 At Mendenhall Fuel, you get prompt fuel delivery for an affordable price! In addition, we offer a few extras, such as automatic delivery and a budget plan. 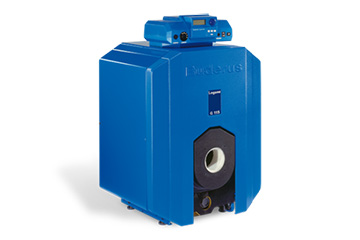 Don’t let a Long Island winter get the best of you! At Mendenhall Fuel, you have access to the latest in home heating technology. 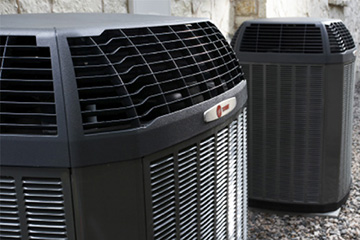 After a warm summer day outdoors, you want a place to go where you can escape the heat for a little while and cool down. That place can be your very own home with an air conditioning system from Mendenhall Fuel!

If you’re currently experiencing a no-heat emergency, please don’t use the web form. Instead, call our office directly for immediate assistance: 631-653-5000.

How to find us